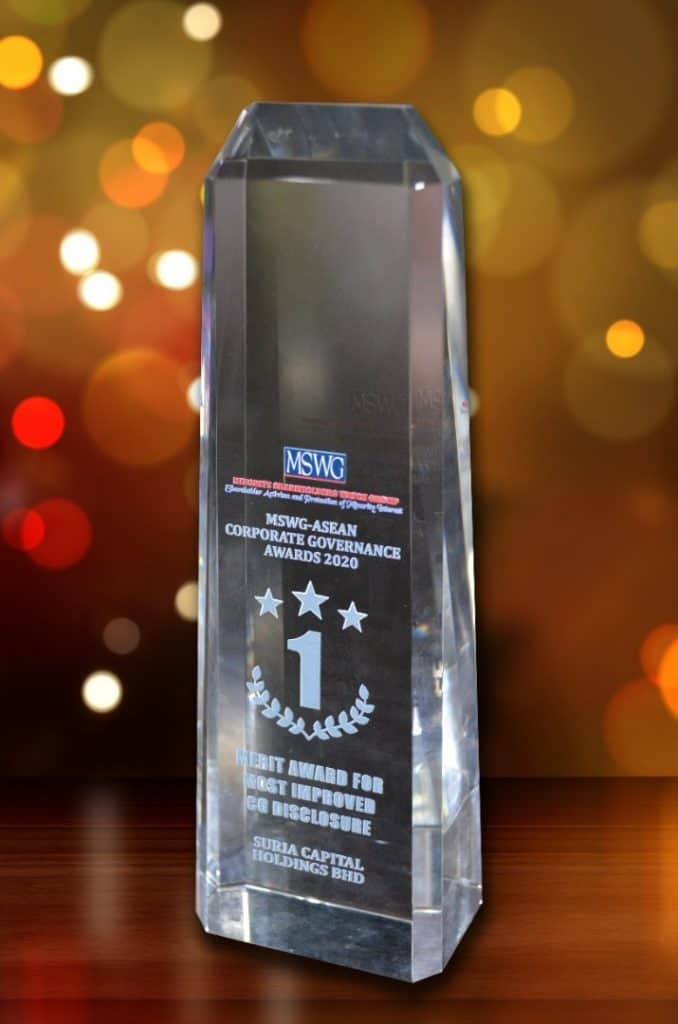 Minority Shareholder Watchdog Group (MSWG) was established as a government initiative to protect the interests of minority shareholders through shareholder activism. It is one avenue of market discipline that will encourage good governance amongst public listed companies with the objective of raising shareholder value over time. 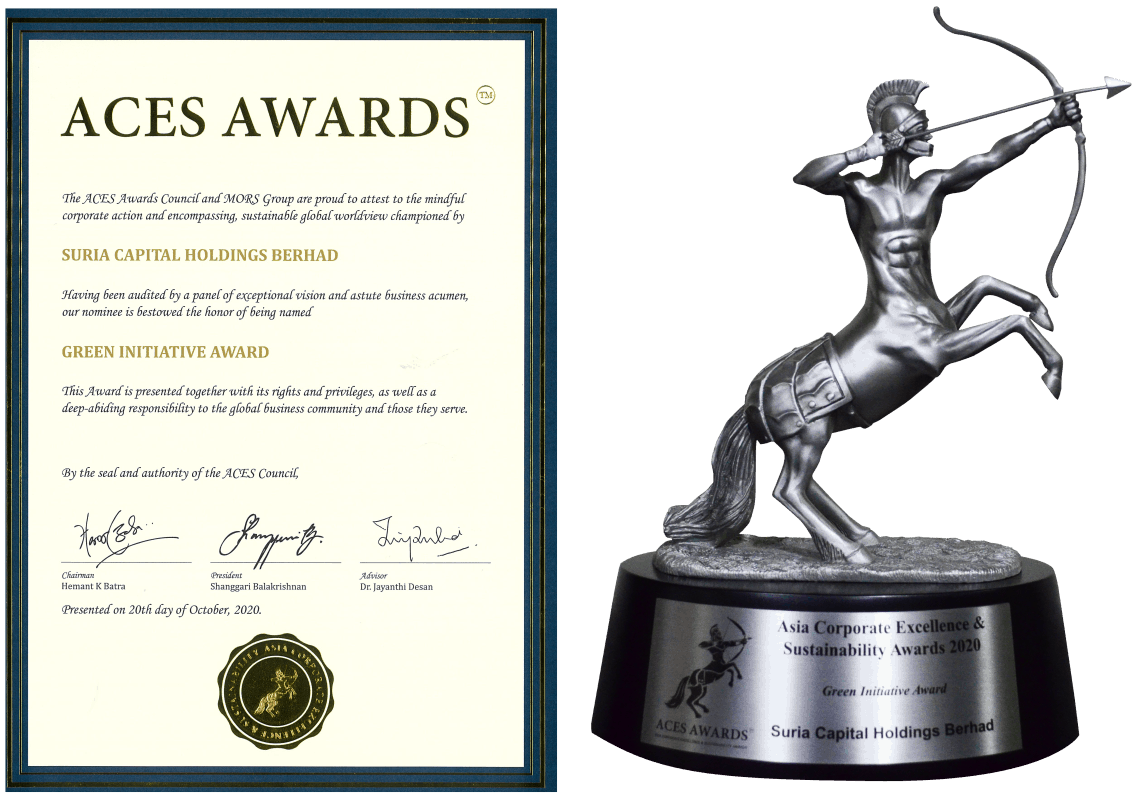 Through its subsidiary, Sabah Ports Sdn Bhd (Sabah Ports), it operates eight major ports in Sabah and has undertaken numerous green initiatives such as the installation of electrified Rubber-Tyred Gantry Cranes, usage of LED lightings in line with its Green Port Policy and application of green technology as well as the implementation of the Autostore Terminal Operating System which minimizes paper consumption.

An APEC Green Port Winner, Sabah Ports has contributed to ecological conservation through initiatives such as seagrass transplanting, mangrove restoration and rehabilitation projects across the port locality. The company’s Green Port Policy emphasises on the applications of green technology to ensure appropriate management of energy resources, noise levels and sea-water quality at the ports.

The programme was developed based on major environmental factors such as energy and natural resources that may be affected by port operation activities and facilities. As part of SuriaGroup’s efforts to mitigate the negative environmental impact of its operations, the company has worked to promote the conservation of shorelines, mangrove and marine life.

Sabah Ports has also developed environmental initiatives like the Green Port Programme, which outlines strategies for the achievement of sustainable and environmentally friendly port operations. Additionally, the company has initiated an Environmental Monitoring Programme for the ports to comply with relevant environmental legislations such as the Environmental Quality Act (1974). The environmental monitoring programme monitors air, water and noise quality on a bi-annual basis. The sampling is conducted at pre-selected locations within the boundaries of the respective port vicinity. The results of the sampling are subsequently compared to local standards and guidelines to determine whether they are within the set limits. 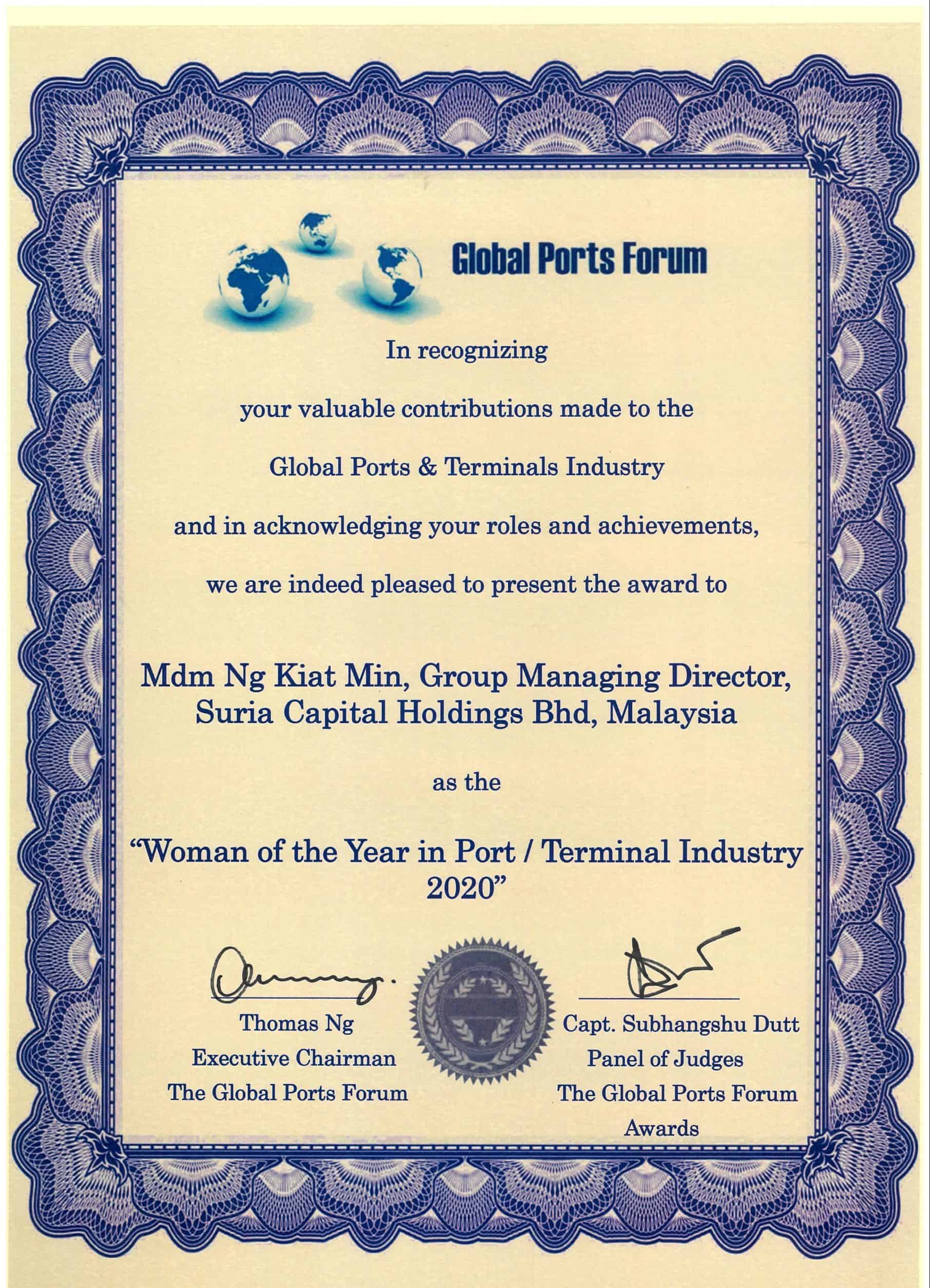 The Global Port Forum (GBF) council nominated SPSB Managing Director Ng Kiat Min as the “Women of the Year in Port/ Terminal Industry 2020” in honor of her outstanding leadership and contribution in the local port and logistics industry.

An internationally recognized platform for the port industry, GBF advocates for improved standards among global ports and furthering industry interest through collaborations among members of the port ecosystem.

GBF’s network spans across 43 countries with main bases in Dubai and Singapore. The Global Port Forum Awards 2020 aim to recognize the most valuable contribution made by organizations and professionals in different areas of ports and terminals industry and acknowledge their roles and achievements in different categories. 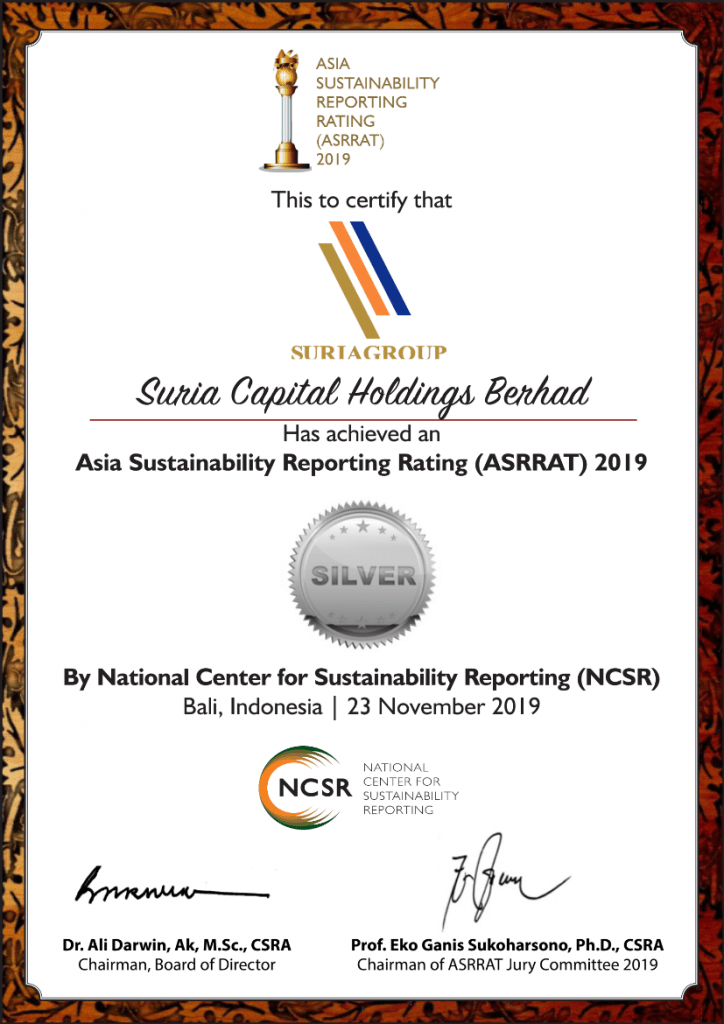