Board of Directors
Executive Management Committee 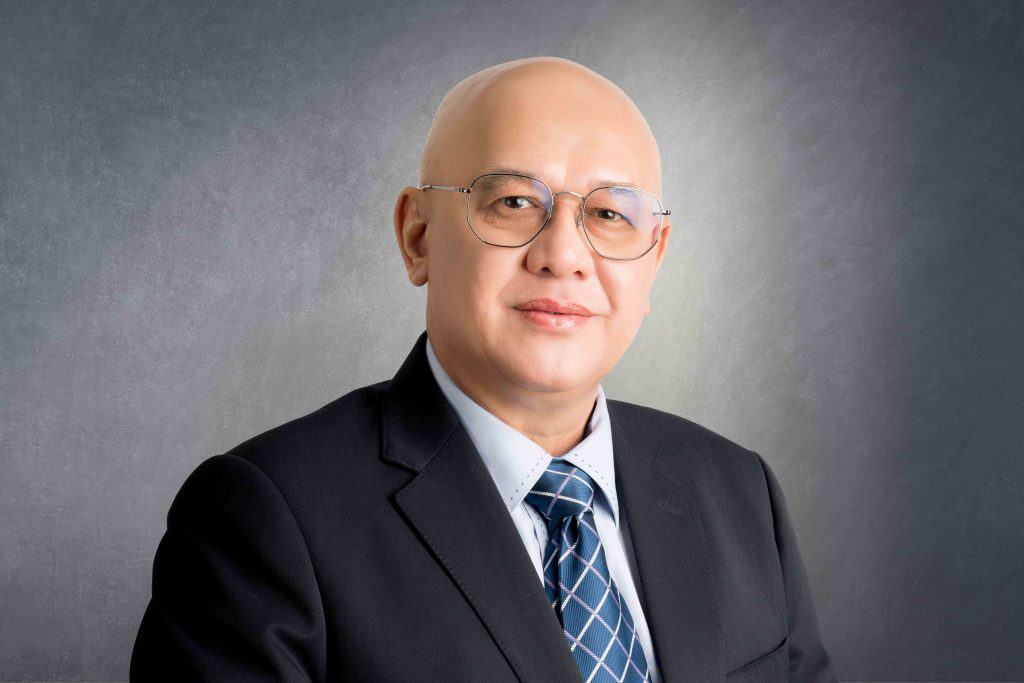 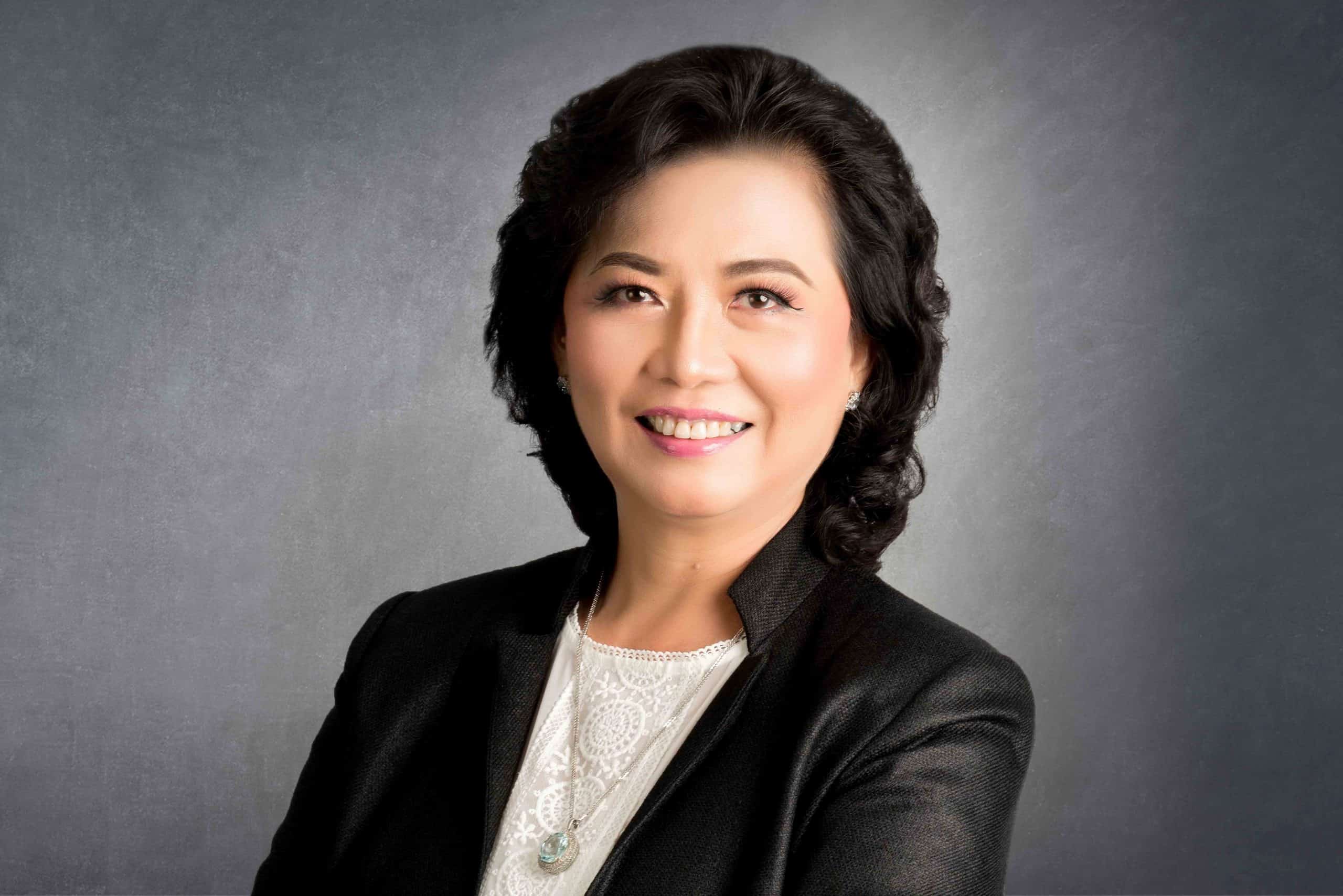 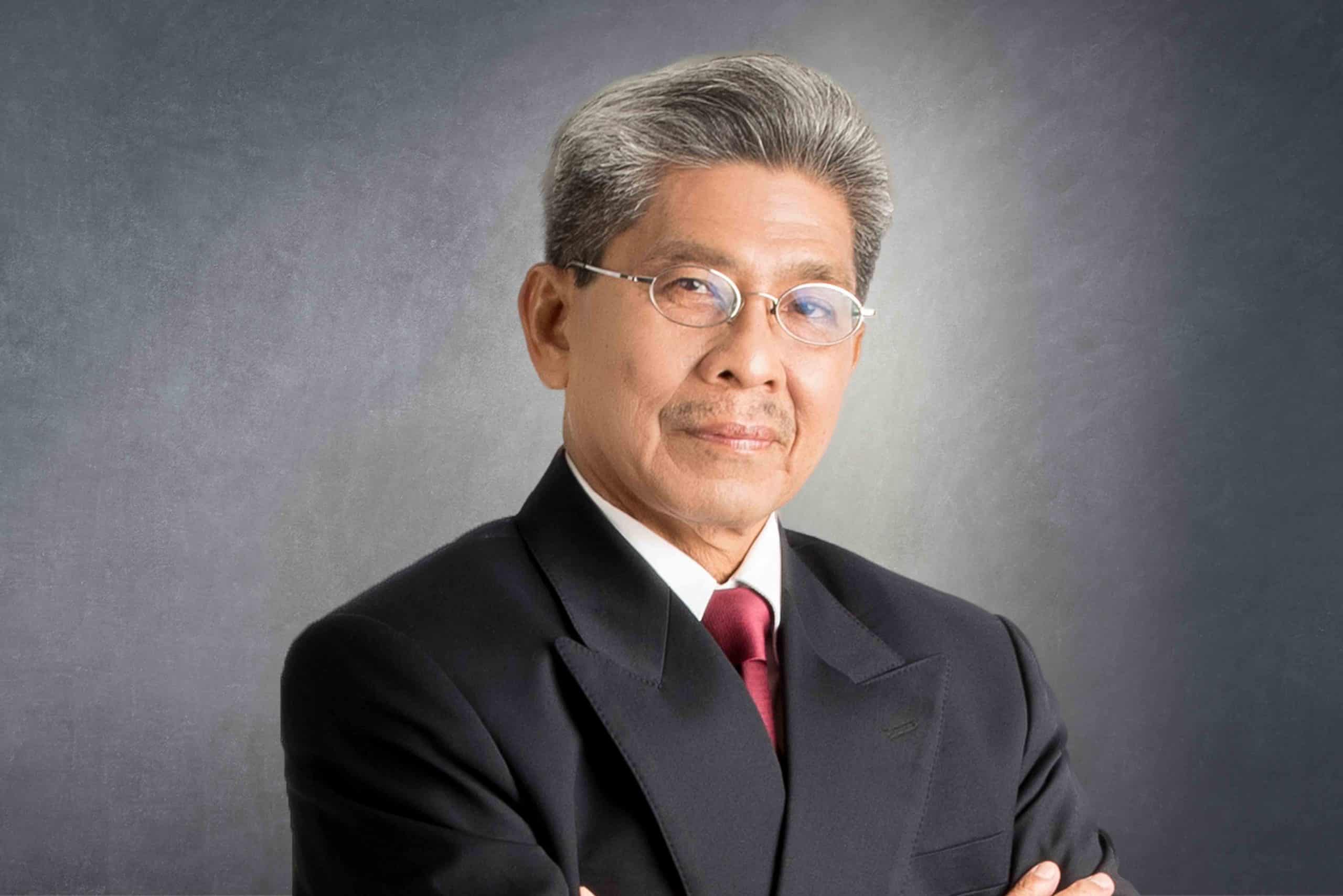 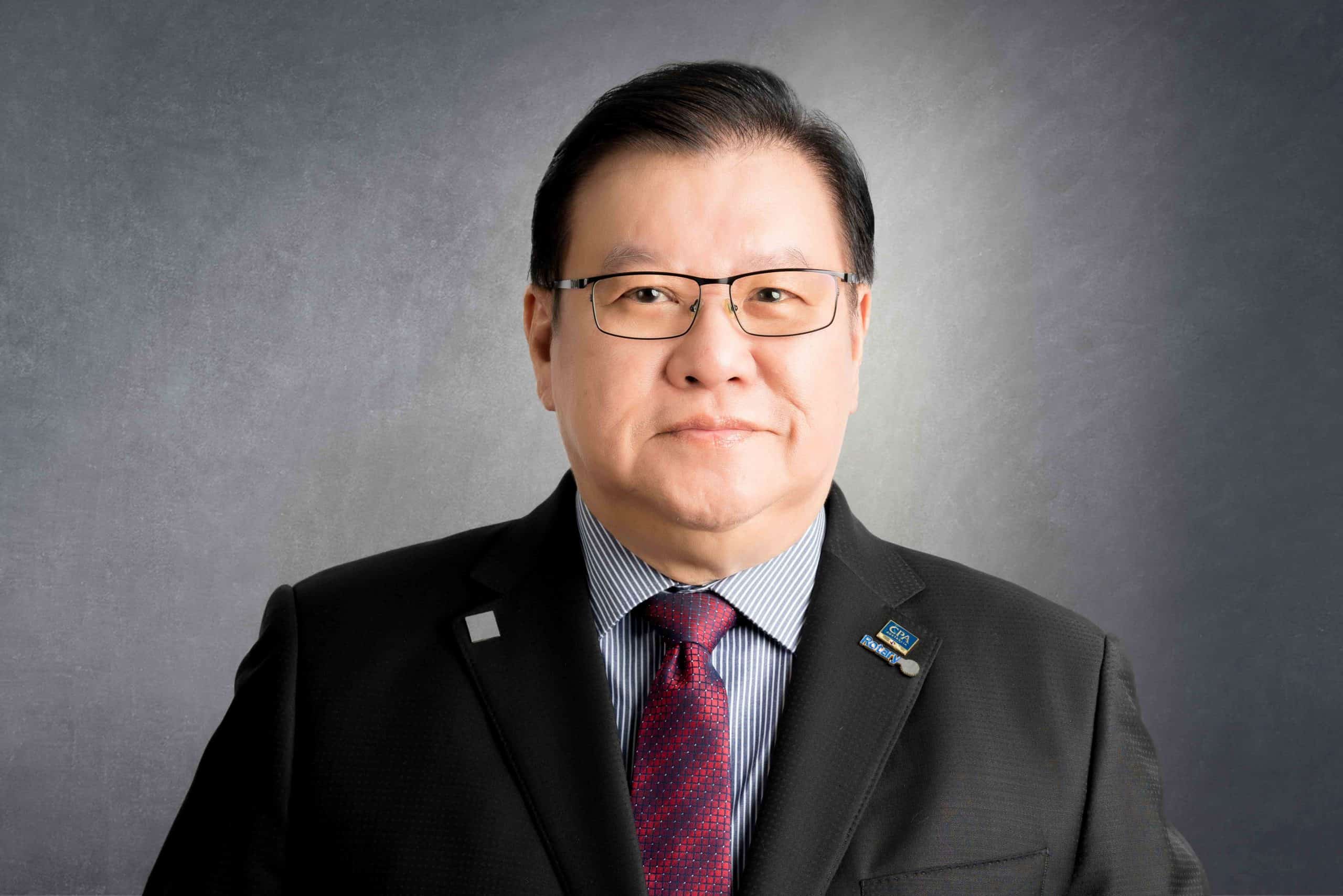 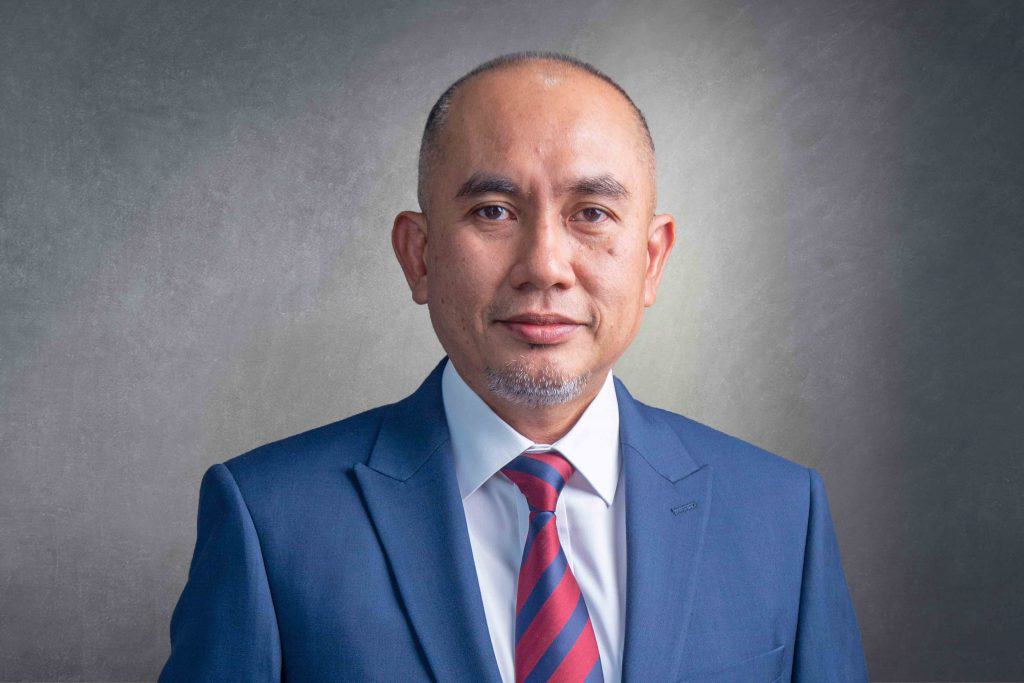 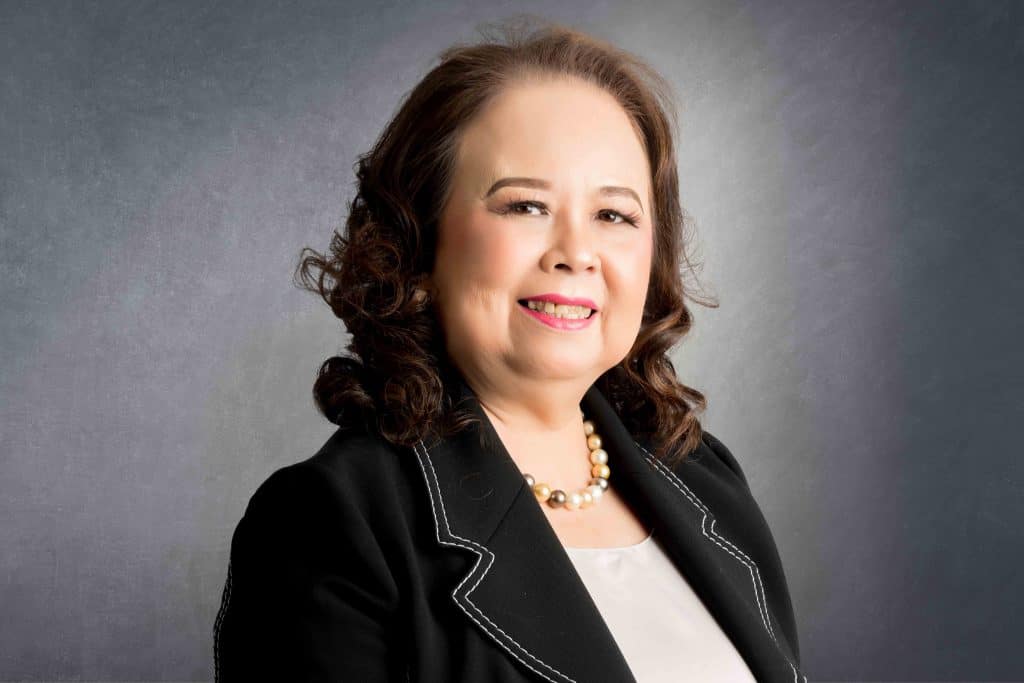 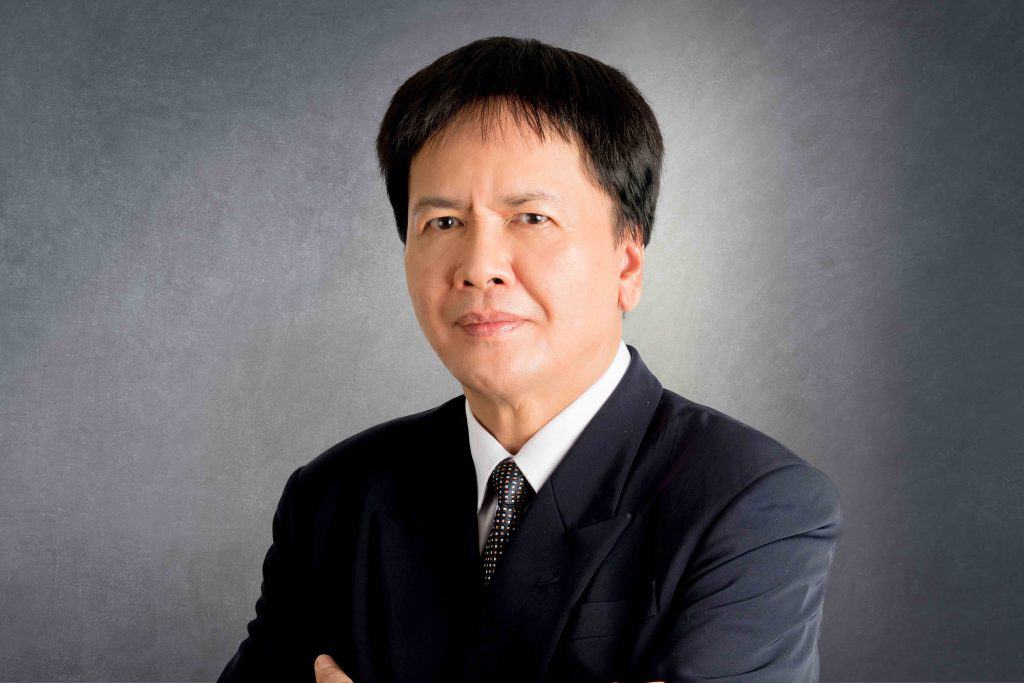 • Master of Business Administration in Shipping and Logistics from Middlesex University, London.

• Diploma in Accountancy from Toronto School of Business, Canada

He also sits as board of trustee in Yayasan Bumiputera Sabah Berhad and as governor member in Yayasan Bursa Malaysia Berhad. 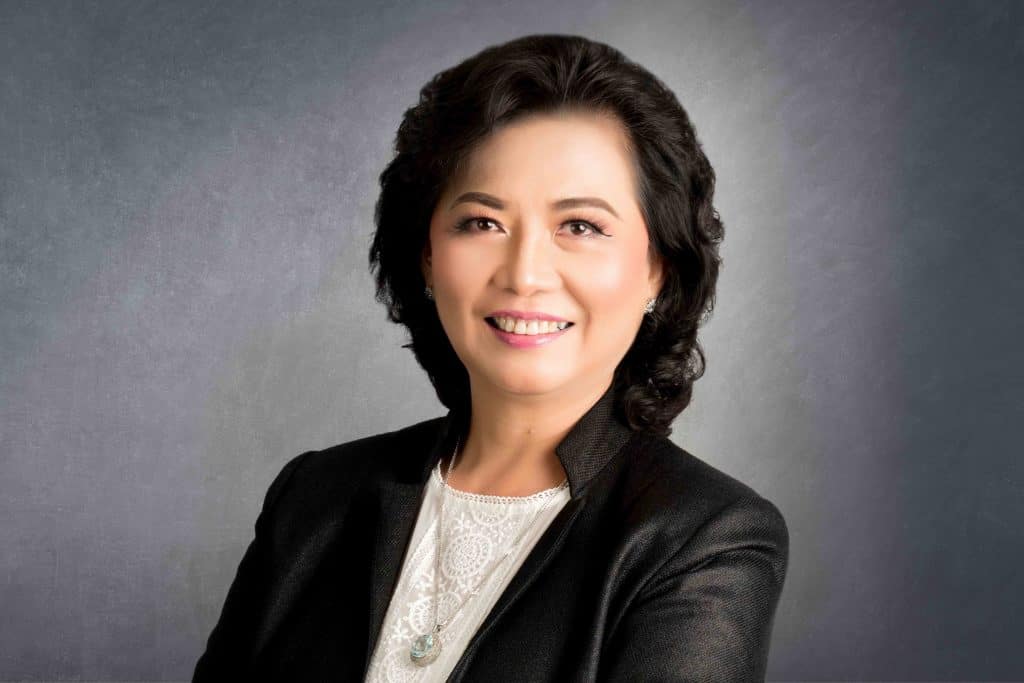 • Degree in Accounting and Finance from the University of Lancaster, United Kingdom

• Chartered Accountant registered with the Malaysian Institute of Accountants

Ng Kiat Min sits on the Board of subsidiary companies, namely Sabah Ports, SCHB Engineering, SP Marine Services, S.P. Satria, Borneo Waterways Explorer and Suria RE. She joined Suria in 2001, as Senior Manager (Corporate Development). During her tenure, she had been instrumental in securing the core business of Sabah Ports through the privatisation exercise. Upon the success of the privatisation, she was appointed as the General Manager (Corporate Services/Finance) for Sabah Ports. On 2 June 2010, she was appointed as the Chief Financial Officer of Suria before holding the post of Acting Group Chief Executive Officer of Suria on 29 July 2015. She is also the Managing Director of Sabah Ports since 22 July 2016 following her appointment as Group Managing Director.

In February 2020, she was conferred the prestigious Global Ports Forum Award in the category “Woman of The Year in Port/Terminal Industry” for her role, contributions and achievements in the industry. The award was accorded in recognition of the dynamic approach for efficiency and effectiveness in delivering value-added services to customers and for providing effective leadership in enhancing stakeholders’ value. 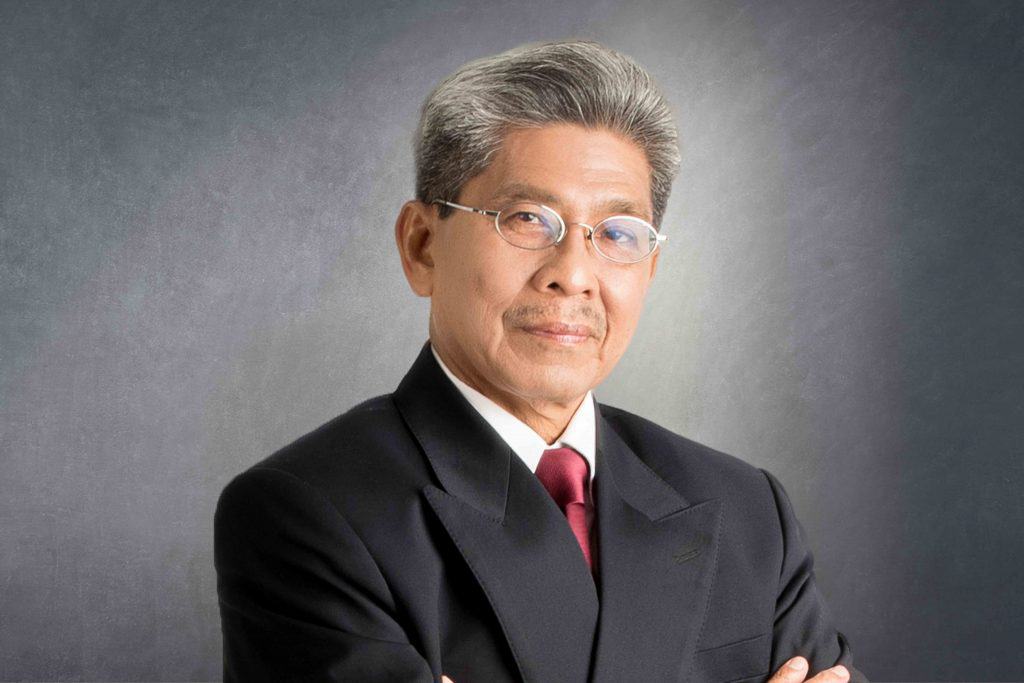 • Bachelor of Arts in Anthropology and Sociology from University of Malaya

Kee Mustafa also sits on the Boards of Sabah Ports and Berjaya Land Berhad. He is the Chairman of the Board of Governors of University College Sabah Foundation since 1 August 2017.

He has over 40 years of extensive experience in the State’s Civil Service and the corporate sectors. He began his career in 1974 as an Executive Officer in the Service Division of the
Establishment Office, Chief Minister’s Department and later as the Principal Assistant Director, Service Division in June 1982. In 1984, he was seconded to Sabah Gas Sdn Bhd as Personnel Manager before being promoted as the Senior Manager (Administration).

In 1991, he returned to the State’s Civil Service and served several Government’s departments. In 1996, he became the Permanent Secretary of the State’s Ministry of Infrastructure Development. He was then appointed as the Director of State Public Service Department in March 2000 before holding the post as Sabah State Secretary from April 2000 until he retired in 2007.

Kee Mustafa once sat on the Board of Malaysia Airlines System Berhad from 2000 to 2003. He was also a member of the Royal Commission of Inquiry on Immigrants in Sabah from 2012 to 2014. 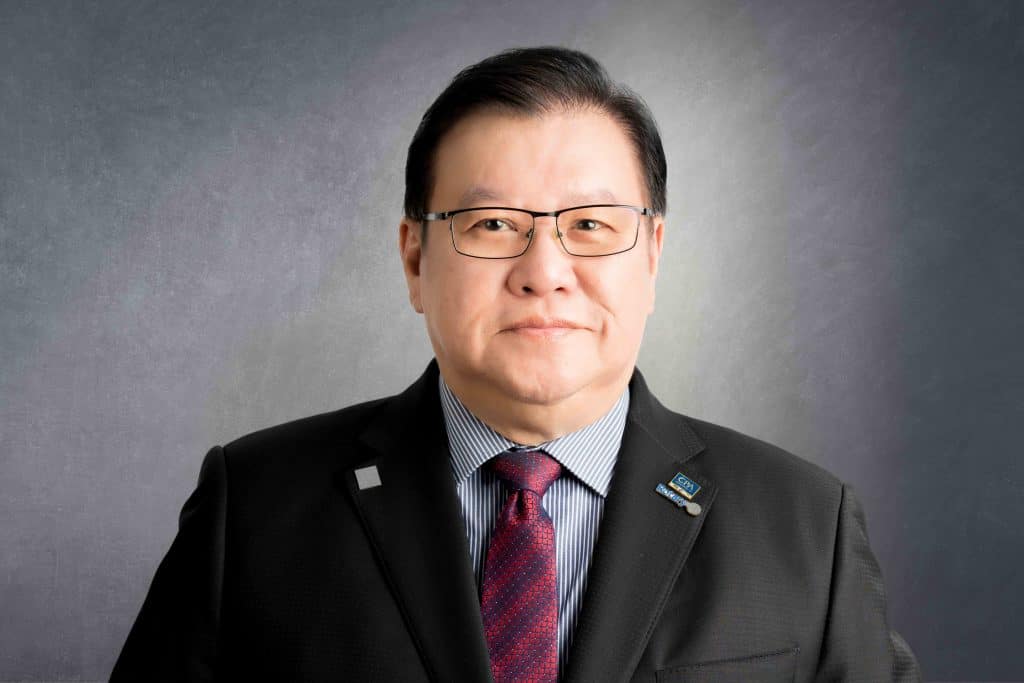 Michael Tong Yin Shiew was conferred the Justice of the Peace by the State Governor of Sabah.

He is a senior partner of Crowe Malaysia PLT, Kota Kinabalu and a partner in Crowe Labuan LLP. He commenced public practice as a chartered accountant in Kota Kinabalu and has 40 years of experience in corporate finance, auditing & assurance services (which include forensic, investigative and statutory), accounting, taxation, insolvency and consultancy which include due diligence, valuation of corporation and corporate restructuring. He is a senior accountant and financial consultant to the business communities and had served as financial advisors, treasurers and auditors to the non-governmental organizations, churches and charity bodies.

He began his career as an Operation Executive with Malayan Banking Berhad in November 1996 before being assigned to Commercial and Corporate Banking in May 1997. Thereafter, he took the role of Senior Executive and rose to become the Manager. Subsequently, in January 2011, he became the Associate Director heading the Regional Corporate Banking for Sabah and Federal Territory of Labuan. He was responsible for growing the business for the banking group which consists of an extensive array of specialities in corporate and project financing mainly for government-linked companies and listed companies. He has wide experience and expertise dealing with various industries such as property development, infrastructure, vessel and shipping, oil and gas, trading and investment holding”.

• Fellow member of the Association of Chartered Certified Accountants (ACCA)

• Member of the Malaysia Institute of Accountants (MIA)

• Fellow member of the Chartered Taxation Institute of Malaysia (CITM)

• Member of the Chartered Accountants Australia and New Zealand (CAANZ)

Datuk Alexandra Chin @ Fui Lin is a Chartered Accountant since 1986 and was made a partner of a local audit firm in 1991 to 2005. She has then founded her own practice, Messrs Alexandra FL Chin, Chartered Accountants in 2005. She has over 35 years of experience in accounting, taxation and auditing. She currently sits as a member of the ACCA Malaysia Advisory Committee since 2017 and the Chairman of the ACCA Malaysia Women’s Network since 2018. Other memberships include member of the Commonwealth Magistrates and Judges Association, member of the Commonwealth Associate Leadership Malaysia, member of Sabah Women’s Entrepreneur Professional Association (SWEPA) and member of Institute of Corporate Directors Malaysia (ICDM). She also has previous experience as a Board Member which includes a member of the Finance Committee in Sabah Tourism Board (2014-2018), Chairman of the Finance Committee of the Board of Trustees of Sabah Parks (2009-2012) and Chairman of the Audit Committee of Sabah Sports Board.

• Member of the Board of Engineers Malaysia

• Member of the Institute of Engineers Malaysia

Ir. Jerome Jimbangan @ Terence is a Professional Engineer with his own consultancy firm, Jurutera Perunding JJ. He began his career as an Executive Engineer for Jabatan Kerja Raya (JKR) in 1988. His 18 years experience in JKR includes 14 years as a District Engineer in four districts namely Ranau, Penampang, Kuala Penyu and Tuaran. Thereafter he formed his own consultancy firm, Eramaju Synergy Sdn Bhd in 2007 and subsequently Jurutera Perunding JJ in 2010. He currently sits as a Board of Director in Lembaga Pembangunan Perumahan dan Bandar (LPPB), Sabah since February 2021. 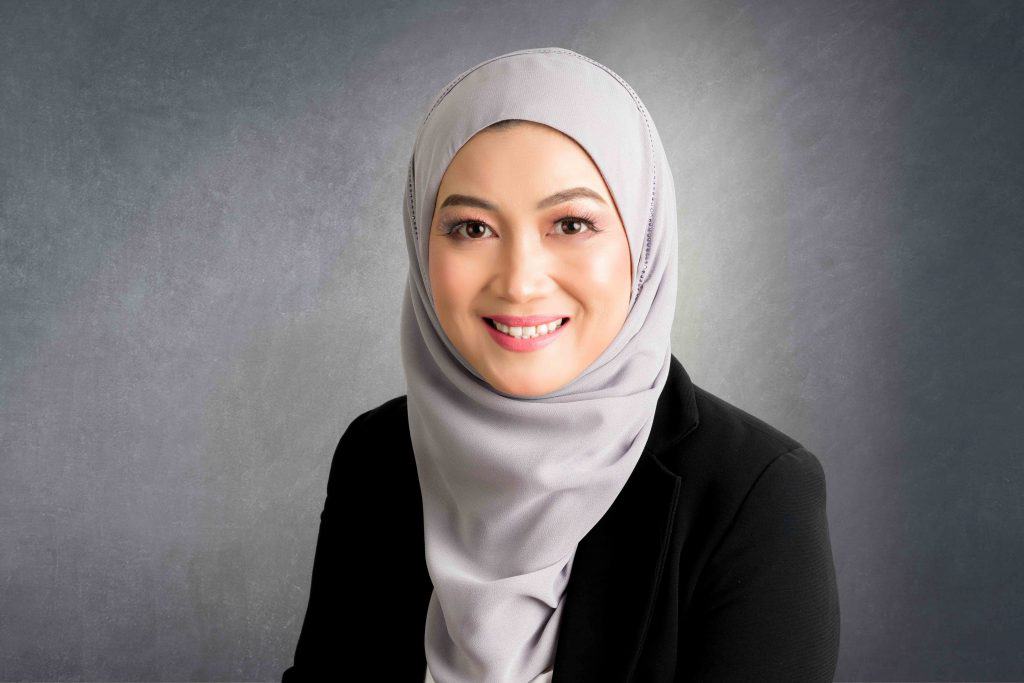 • Bachelor of Science in Agribusiness from UPM, Serdang
• Masters of Business Administration in Shipping & Logistics from Middlesex University Business School, London
• Chartered Member in Logistics and Transport (CILTM) since 2015

Siti Noraishah has been in the port industry for more than 20 years. She started her career in Johor Port Authority for 16 years before joining Sabah Ports Sdn. Bhd in 2012. She is actively involved in a few associations related to maritime both locally and internationally. She is the Chairperson of the Chartered Institute of Logistic Transport (CILT) Sabah Section. 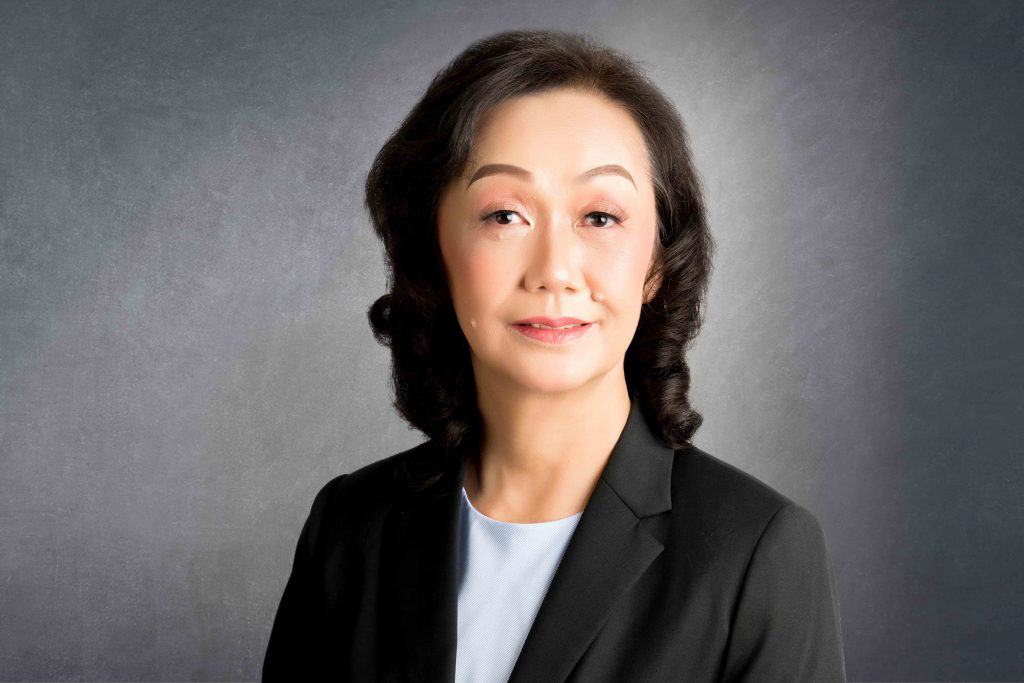 Before assuming her current position, Lai Fui Nar was the Deputy General Manager (Process Improvement) from June 2018 to March 2019. She was the Senior Manager of
Sapangar Bay Container Port from January 2013 to May 2018. Prior to this, she held the position of Senior Manager (System & Planning). She had worked for Sabah Ports
Authority as the Assistant Work Study Officer in 1979 and was later promoted as Work Study Officer. She is an alumni member of The Asian Institute of Management (AIM), Manila, Philippines. 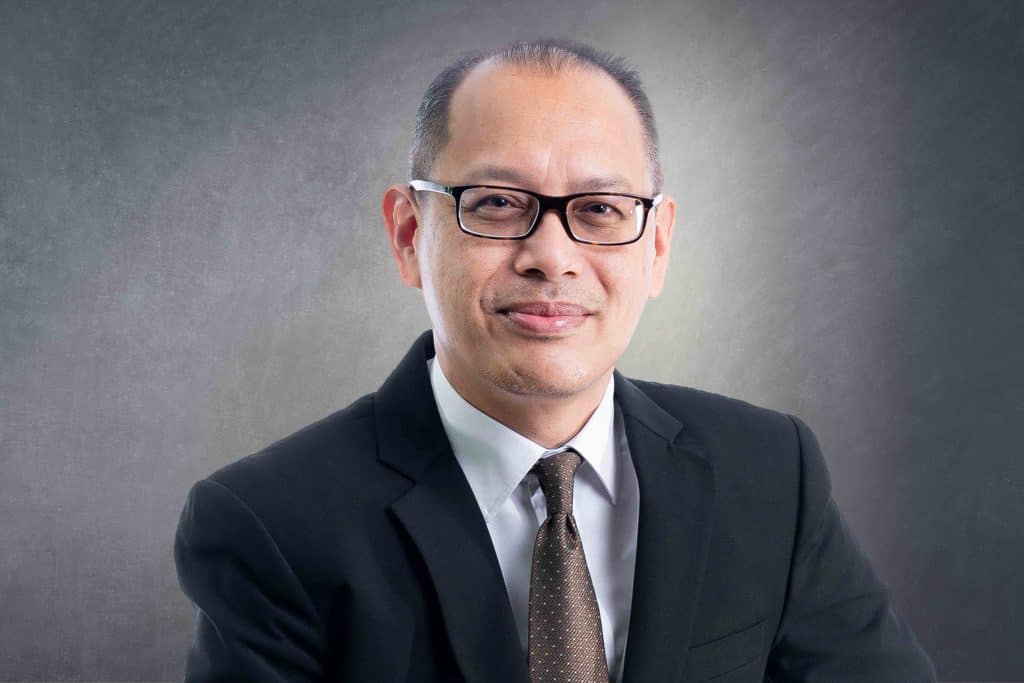 Azman Amarasikin joined the Group on 1 April 2007 as a Senior Manager in Suria Bumiria Sdn Bhd before he became the General Manager in January 2012. He served S.P. Setia Berhad from 1997 to 2006 prior to joining the Group. 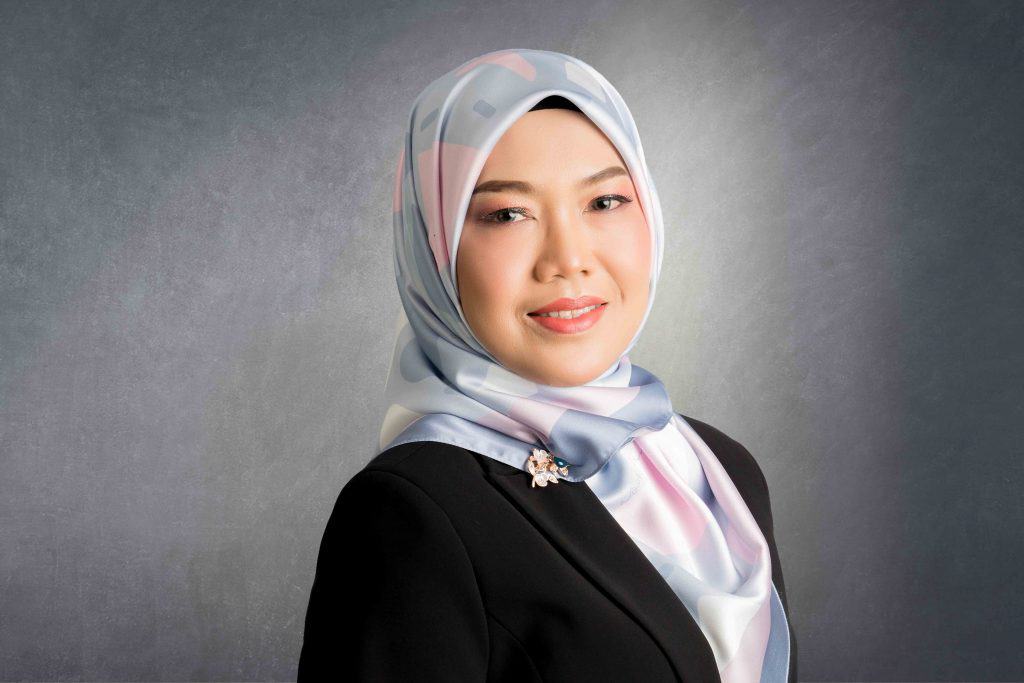 • Bachelor Degree in Accounting (Hons.) from International Islamic University, Malaysia
• Member of the Malaysian Institute of Accountants
• Practicing Secretary Certificate from the Companies Commission of Malaysia

She started her career with Coopers & Lybrand/ PriceWaterhouseCoopers, a public accounting firm in year 1997. In 2000, she joined Bank Pembangunan & Infrastruktur (M) Bhd/SME Bank where she served until 2007, prior to joining Suria. 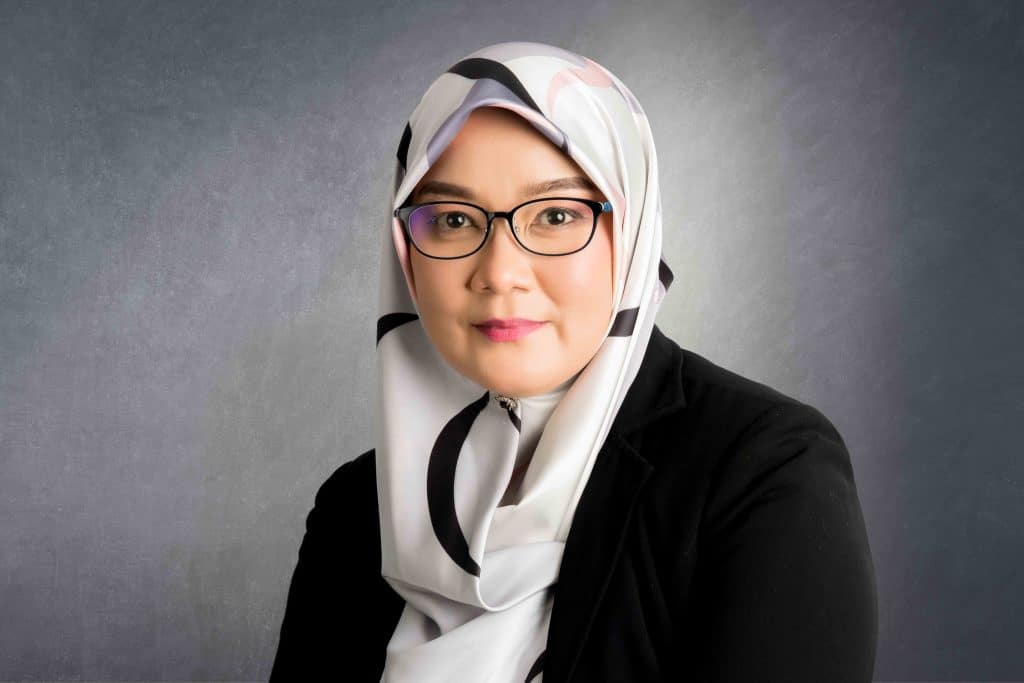 Asmah has more than 20 years of experience in the field of audit, risk management and policy development through her career in the insurance and banking sectors and a regulatory body – Labuan Offshore Financial Services Authority. Prior to joining Suria, she was a Senior Manager in Lembaga Tabung Haji. 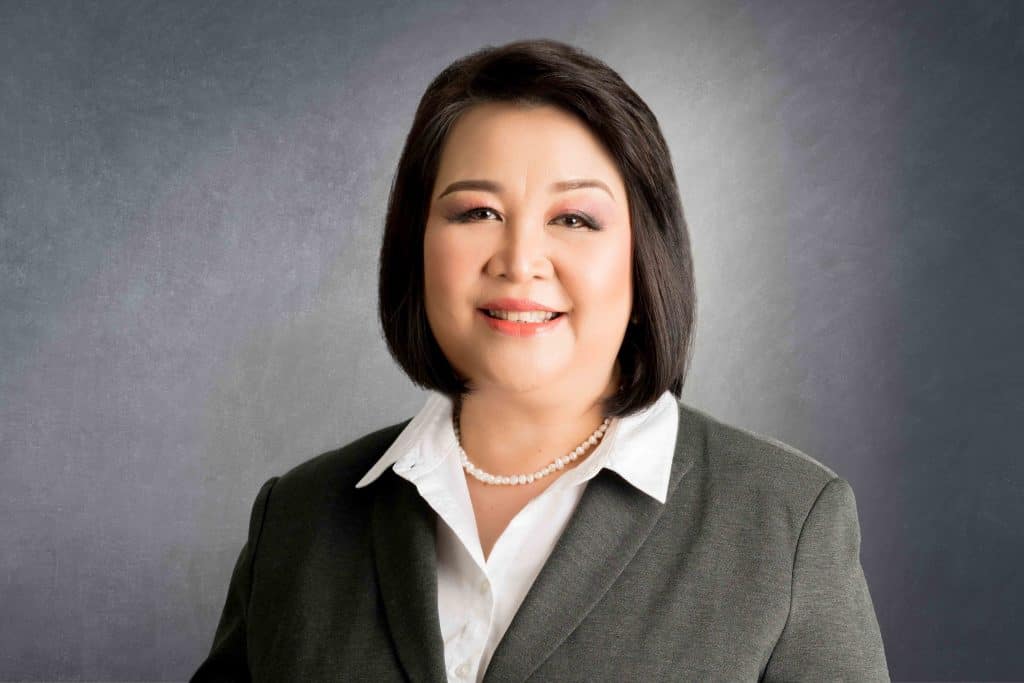 Patsy has been with SuriaGroup following the privatisation of Sabah Ports Sdn Bhd (SPSB) on 1 September 2004. Prior to joining SuriaGroup, she was with Sabah Ports Authority for more than 14 years as Administrative Officer.

Patsy started her career in SuriaGroup as Assistant Manager (Marketing & Business Relations) in the Marketing Department in SPSB and as Assistant Manager (Welfare) in the HR Department before being promoted as Manager (Human Resource) of SPSB on 1 January 2012. Upon the formation of Group People Department, she was in charge of the People Management Unit dealing with manpower planning, industrial relations, compensation and benefit. On 1 July 2020, she was appointed as Head of Group People Department. 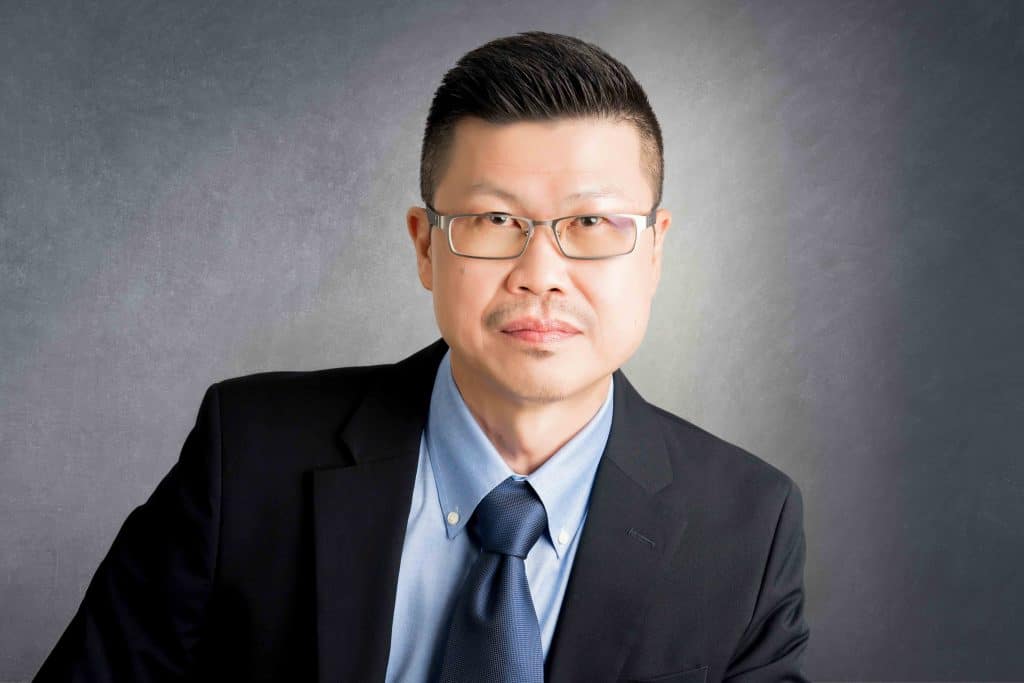 Daniel has more than 29 years of combined experience in the field of Internal Audit and Risk Management.

Prior to joining Suria, Daniel had served Sabah Ports Authority for 20 years. Following the privatisation of the port operation in 2004, he opted to join Suria as an Internal Audit Executive until January 2008. In February 2008, he was transferred to the Group Risk Management where he served until May 2018. 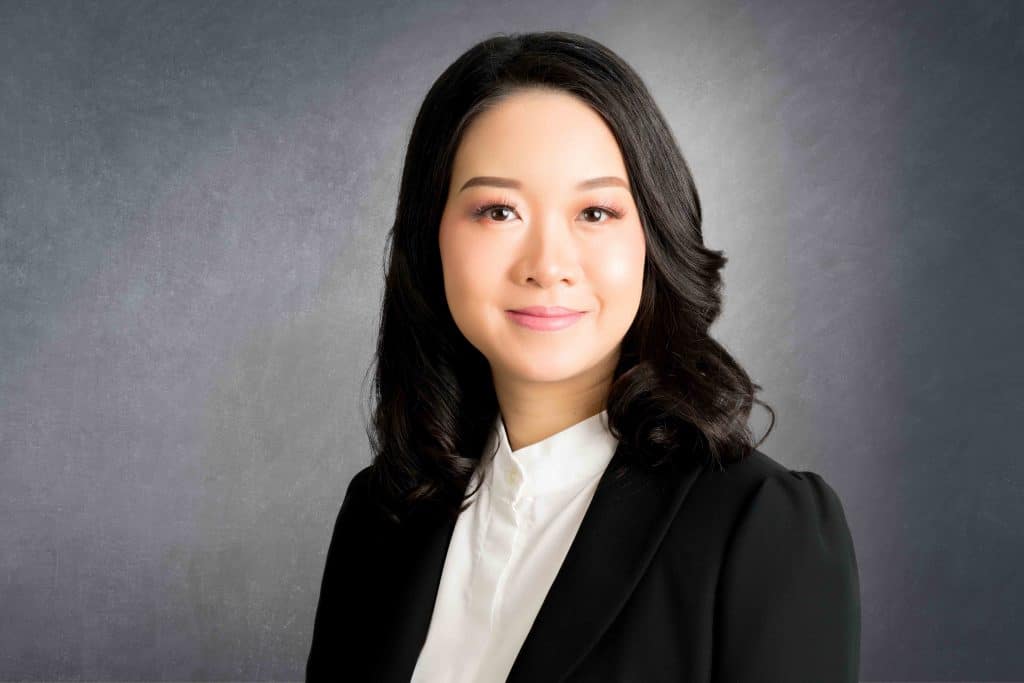 Soh Wan Ru joined Suria on 1 August 2012 as Senior Executive in the Chief Financial Officer’s office and was subsequently promoted as the Executive Assistant to the Group Managing Director.

She worked briefly for Monash Asia-Pacific Centre of Science and Wealth Creation in Melbourne, Australia on a commercialisation project before returning to Sabah in 2009. She joined YSG Biotech Sdn Bhd under the Sabah Foundation Group as the Senior Research/Business Development Officer for 3 years prior to joining Suria. 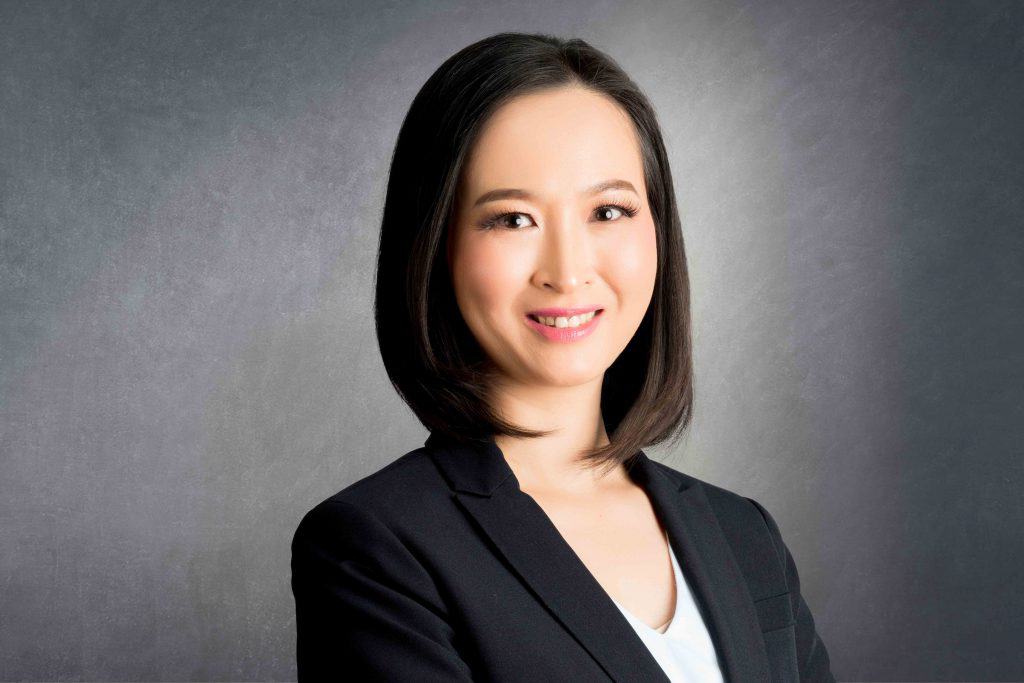 • Bachelor Degree (Hons) in Accounting from University of Hertfordshire, UK
• Fellow member of the Association of Chartered Certified Accountant, UK (FCCA)
• Member of the Malaysian Institute of Accountants (CA(M))

Prior to joining Suria Group, Aileen has 10 years of work experience with Ernst & Young, Petronas Gas Berhad and a Sabah based Property Construction company, in audit and financial management roles. 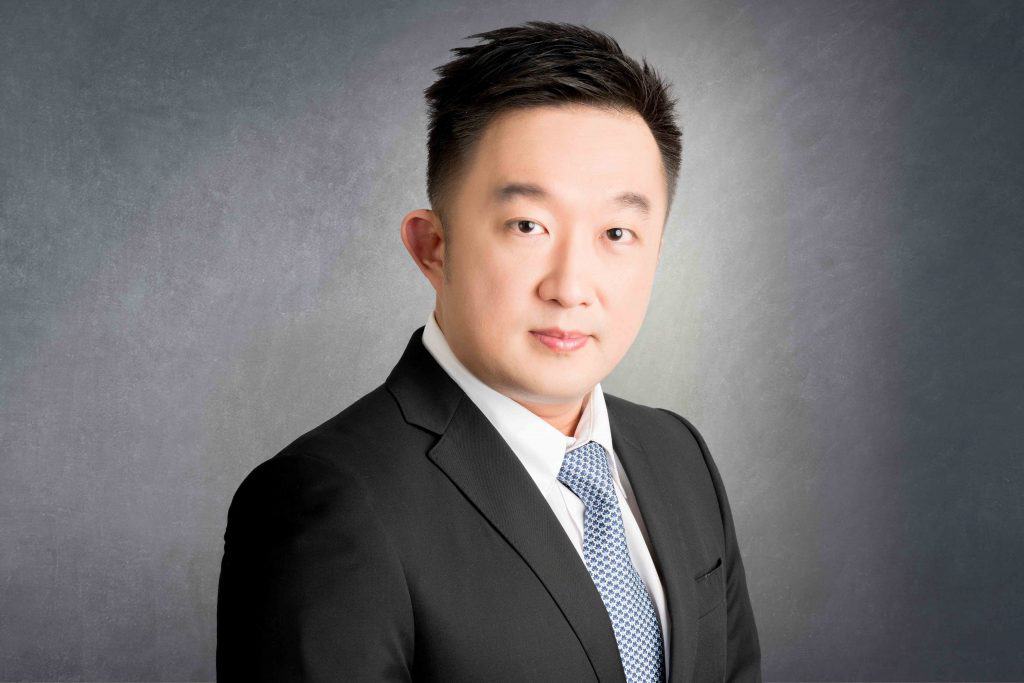