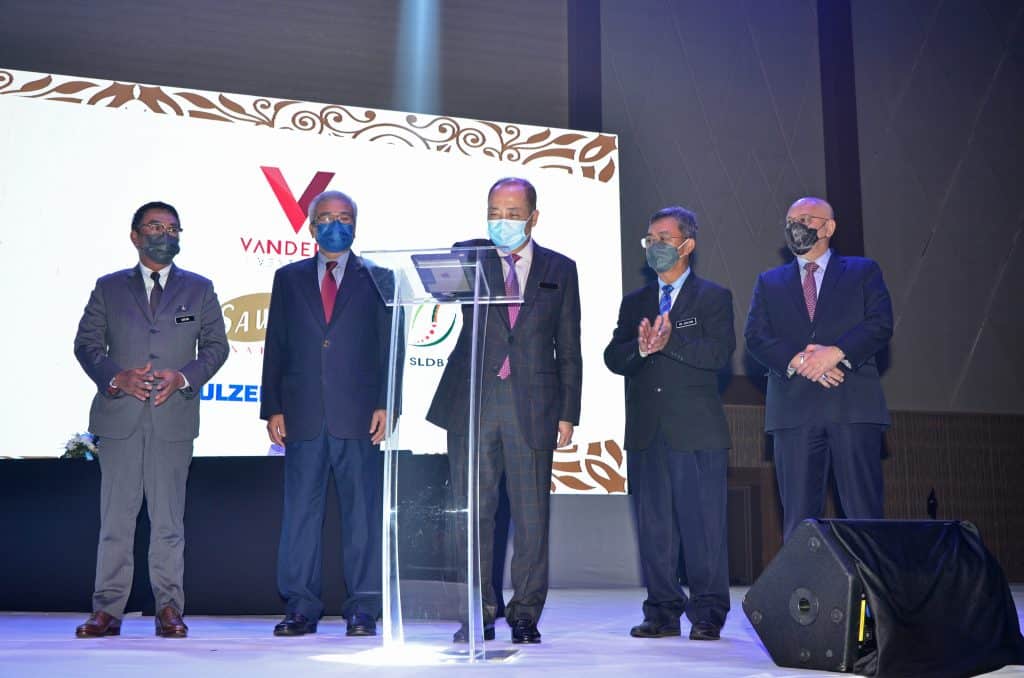 The month of February saw the launch as well as the memorandum of understanding (MOU) signing ceremony of ‘Sabah Maju Jaya Renewable Energy Industrial Complex’ (SMJREIC) that has been valued at RM1 billion, and to be constructed on a 10ha piece of land in the Sapangar Bay Container Port by Vandelay Ventures Sdn Bhd in collaboration with Suria Capital Holdings Berhad and other partners. The ceremony was witnessed by the Chief Minister at Sabah International Convention Centre (SICC).

Vandelay’s other partners to this endeavour include Sawit Kinabalu and Sabah Land Development Board as the raw material suppliers, Sulzer GTC Technology as the technology provider as well as Thinkat Advisory Sdn Bhd as financial partner.

In accordance to his speech during the ceremony, Chief Minister Datuk Seri Panglima Haji Hajiji Bin Haji Noor explained that the complex and its ancillary facilities and industries are estimated to generate approximately 10,000 new job opportunities for the people of Sabah.

He further added, “As the chief minister of Sabah, I am glad that this collaboration involves Suria Capital Holdings Berhad, which is one of the state’s most reputable public limited companies, as they will play a big role in helping to ensure this project is viable and implemented successfully”.